Skip to primary content
Skip to secondary content
Just kidding!  Also not possible to do in a Cessna c172.  Well at least not comfortably anyway.

If you all read my previous post What Would I Do With R5Million, I mention that I would love to learn to fly.  I gave my list of things to do some serious thought and realised that some of these things were possible without having loads of money.  So in true Lanthie style, I decided to take up the challenge and try to do some of the things on my list.

I did some research on Saturday, reached out to some friends and then actually called a pilot training centre and made a booking to go on my first test flight.  The booking was made for today at 4pm.  I suddenly realised yesterday morning that this would conflict with my belly dance class and as we are well into rehearsing for our next show, I could not miss a class and would have to reschedule my flight.

So I called them and my flight was rescheduled for yesterday afternoon at 4pm.  They called me mid-afternoon and told me the weather was not being very accommodating and it was recommended that I postpone my flight.  So we rescheduled for Sunday at 2pm.  I was a little disappointed as I was really looking forward to my first flight.

I was on my way to the office at 7.30 this morning, stuck in traffic when my phone rang.  It was my instructor asking if I was free this morning and he could take me up at 11am.  So I made a few phone calls and rescheduled my meetings and went for my very first flying lesson.

I must admit I was a little nervous when I arrived.  I have been on loads of planes and travelled the world,

but I had never been on a small aircraft before.  I walked into the hanger and made my way up the stairs to the reception.  I was greeted by a very friendly young man behind the counter.  He introduced himself as my instructor.

I had to fill in some paperwork and then we headed downstairs to the plane.

I knew what a Cessna c172 looked like but didn’t realise how small it is.  My car is bigger – Okay I admit I drive a big 4×4 but I still expected it to be a lot bigger.

The instructor gave me a set of headphones.  He explained some safety checks to me and explained what to do in case of emergency.  Landing with the door open / unlatched being one of them – not something I want to envision doing any time soon!

I had to pretend to be a contortionist to get into the plane and finally found myself sitting in the pilot seat.  My instructor then explained various dials and switches to me while he went through his safety check.

We then taxied towards the runway and he let me take control.  It was a little tricky using my 2 feet to steer rather than my hands on a steering wheel but I quickly got the hang of it.  Apparently you only use the stick when flying.

We were parked while he went though various safety checks again and waited for the tower to give us clearance.

Eventually we were given the go ahead and finally I was in the air.  It went a lot slower than I thought and I couldn’t believe that we could fly at this speed.

We were up for about 5 minutes when the instructor handed control over to me.  WOW!  I could not believe I was in control of a plane in less than 5 minutes!  This is seriously stuff that dreams are made up of.

Alright, I must admit it is not rocket science stuff and piloting this plan is a whole load easier than driving my car.  But still – I WAS FLYING!

We headed out towards the Hartebeestpoort Dam.  The instructor was very patient with me and obliged me by answering the gazilion questions I had about the various instruments and what each one did.  I could not have wished for a more patient man.

We were up in the air for about an hour and before I knew it, we were landing.  I took over control once again when we were on the ground.

I definitely want to get my PPL license (Private Pilot Licence) and will make every effort to get it.  The only hurdle here is money to pay for it all.  So all donations are welcome – please feel free to leave me a comment if you would like to sponsor me (And Yes, I am being dead serious!)

A friend went up with me and took loads of photographs – hope you like them.  There is some amazing scenery.

Hope to be posting loads more pics of my flying in the near future.

A friend recently asked me what I would do with R5million (about US$500,000), assuming I would not give up my job.  Off the top of my head I gave a fairly boring reply as follows:

I said I would like to pay off my apartment, put some into savings or investments and then risk some of it on new business venture/s.

So after being accused of being boring I decided to draw up a list of things I could do or buy that did not fall into the “boring” category.  Now this is not exactly a lot of money but it certainly is enough to have some fun with.  Some of these require quite a bit of money, others I could and should do as time allows.   In no particular order and without giving it too much thought ……

So how would you spend half a million dollars – just for the fun of it?

A friend if mine recently returned form Dubai after being out of the country for the last 4 years, so she had to re activate all her banking profiles again.
Things are a little simpler nowadays in as much as you can open a bank account online, which she did.

However, they could not authenticate her online and she had to go into the bank itself.  At the bank, they scanned her fingerprints ( a very new concept to me as I have ever been asked for my fingerprint scan at the bank – but then I avoid banks like the plague).  Only to find that her fingerprints do not match those on the Home Affairs database of our country (South Africa).

As a result she had to go to the Home Affairs department with a letter from the bank and they had to take new finger prints and issue her with a new ID document.

At first I thought how clever.  But then on second thoughts I was a little pissed off.
What gives Home Affairs the right to share my information with banks or any other institution?  I understand the necessity of being on a national database from an identification point if view.  They issue me with an ID document which I present when required to the relevant institution.
I have serious issues with these institutions accessing my information without my permission though.
My ex said he thought that perhaps we gave blanket permission for the government database to be shared and perhaps when we opened a bank account we agreed for them to be able to verify our identity with the national government database.  But quite honestly I have a real problem with this.  How can  I give the government blanket permission to share my information?  And what right does the bank have to access this information when I have a government issued ID document which I present on request to those I choose to show it to.
I can understand having my information available to certain government institutions  where my safety is concerned.  But sharing my information with third party institutions certainly does not have my blessing.

Yes one could argue that it makes life simpler.  With all this information being shared and easily available, it is easier to verify or authenticate your identity, especially when opening up accounts etc.  But I want to choose when and how and with who my information is shared – and not blanket approval either.

As far as I am concerned, this also makes identity theft so much easier if non-government institutions can access my information.  The other question that comes to mind is how does the government actually verify that the bank has my approval to access the information in the first place – do they ask for signed proof perhaps?  It is all a little dodgy to me and does not have my blessing.
Let me know your thoughts on this.  The more I think about it, the more annoyed I am. 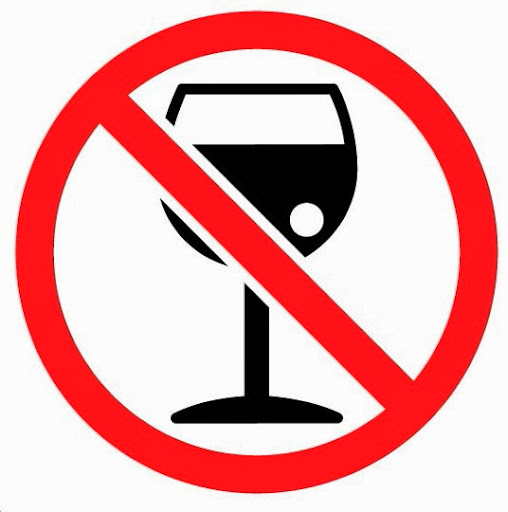