So today I had the task of taking Son #4 to make a booking for his Learners License.  What a #nightmare.

We started at the Marlboro (Sandton) Testing Station.  Parking was full so I had to double park and wait for an open spot.  I suggested Son #4 get out and find the right queue in the meantime and I would join him inside when I find parking.

A few minutes later he reappears back at the car – he can’t figure out where to go inside.

Luckily a parking spot opened up shortly thereafter and we both went inside.

There was a main area with about 20 seats of which about 10 were randomly filled.  In front of us were 2 large rooms, both filled with seats and all were taken.  To the right was a passage and again people were queuing along the whole passage.  No room or area was marked or had any signage beside scrappy bits of A4 paper stuck all over, most informing people that their eye-testing equipment was out of order and people were to call the main Call Center to find out when they would be operational again.

Just to the left was a counter with a window and it too had a scruffy piece of A4 paper stuck to it which said “enquiries”.  So we stood in the queue there.  Not too bad as there were 3 people in front of us.  The gentleman in front of us turned around and made conversation for a few minutes and before we knew it we were in front of the lady at the counter.

I approached her politely and asked here where we must go to apply for a Learners License?  She asked me who for?  For a few seconds I was a tempted to ask if it mattered (you know, perhaps they have pink forms for women and blue for men?), but I  managed to bite my tongue.  I politely replied that it was for my son and I turned and pointed him out.

She then snapped at me and asked me why he doesn’t speak for himself.

I was taken totally off guard by this comment.  How was I supposed to  answer that?  I 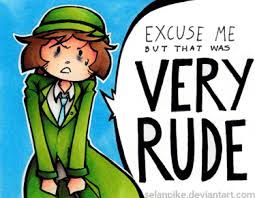 happened to get to the counter first / I’ve had experience dealing with government departments before and he hasn’t / I wasn’t shy …  I finally settled with “Because I’m his mother and he’s a minor”.

She was not impressed with my answer, tutted, shook her head in disgrace and then snarled at us and asked if we had the various documents with us. I replied yes we did and handed them all to her.  She snatched them, picked up an application form, shoved the documents in the middle, handed it all back to me and told us to go to Room A.

Room A was the second of the 2 rooms in front of us as we walked in. So we went  to room A.

Room A was filled with seats and all were taken. We  hesitated for a minute as one is  not quite sure where to queue and the start or end of the seated queue is not identifiable.  Then a young lady shouted / snarled at us that we can’t stand there, we have to join the back of the queue.  (Who knew where that was?)

At this point Son #4 whispers to me and asks me if we can go somewhere else.  Yes I said, gladly!

So we left there and headed over to the Florida Testing Station, a 45 minute drive away but hopefully much friendlier.

We found parking easily.  It was also far cleaner.

We went inside.  No queue’s.  High Five Son #4 eyes said to me.  We asked at the counter where we must go to make a booking for a learners license.  She politely points out that we need to go down the passage, first room on the left.

We found it, got a number and were asked to join the queue outside.  Our number will be called in due course for Son #4 to have his eye test done (at least they had working equipment).

It is a small building and no space inside for the number of people they deal with on a daily basis, so having to queue outside is a necessity.  Everyone randomly stood outside, chatting, mingling, walking around.  Every now and then they called a few numbers.  There was probably 50 people there.

We ended up standing outside for just over 4 hours till our number was called.

I went to sit in the reception area near the cashiers while Son #4 had his eye test done.  He messaged me from the eye test room to say he finally understands why we waited for 4 hours when the eye test only takes 2 minutes at the most.  He said that most people could not understand the concept of the eye test and they spent almost 10 minutes with most people explaining how it works and what they  should be looking for. #itsnotrocketscience!

Once his test is done, he is instructed to go to Room 2.

So where is Room 2 one may ask?

Room 2 is the open window on the outside of the building just before the entrance.

We went there where he was given a booking date.  It took all of 2 minutes.

We then had to pay the fee at the cashier and this too only took about 2 minutes.

What a day.  At least they were a little more helpful and polite in Florida.

This is my 4th son so I have done this many times before over the last 12 years. There is honestly no improvement in the system since the first time I went.  No new furniture.  No improved signage.  No automation.  Just plain incompetence and staff (whose salary is paid by my tax money) who have not been taught how to deal with customers and be polite.

And after all this I still don’t understand why getting your learners license is not part of the school curriculum.

One asks if there is any hope?

I have looked at my header picture and often thought about whether it is appropriate or not for my blog.  Friends and family see it, including my sons – it is on public display after all.

The reality is, this is me.  This blog is me.  And the stuff I write about is the naked me – about my deepest thoughts, emotions, love, and life.  It would be inappropriate to use a naked pic of me so this is the closest I can get to showing the real naked me to you all.

This photograph is about 4 years old now and yes, it had a little help from photoshop.  I am a few years older now and have lost a lot more weight and have a few more wrinkles – thanks to a fight with Throat Cancer in the last year.  But I fought and won and am in the clear!

Cancer was my greatest fear.  I wasn’t afraid of dying from anything besides Cancer (Okay maybe scorpions too!).  But I got cancer and survived.  So now I have no fears – I am invincible. 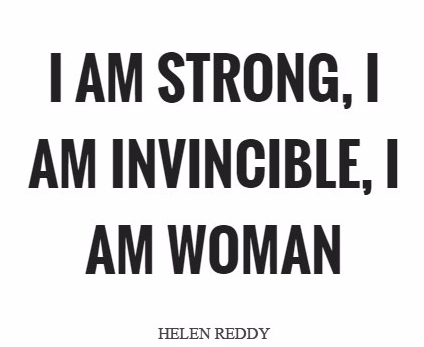 I have realized life is short so I intend to live life to the fullest.  Not wasting a single moment to enjoy it and take full advantage of what it has to offer!  My only hope is that you are all by my side enjoying it with me.

I had my own domain (www.lifecherries.com) which is where all the content on this blog is imported from.  Luckily I kept this blog on the side but a pity I didn’t keep the imports up to date.

I forgot to renew my domain subscription to lifecherries.com so I lost the domain.

At first I was very disappointed, extremely annoyed and very saddened by this.  Lifecherries had become part of my life and I had lost it. I am really pissed at GoDaddy and really pissed as blogspot (google) because of this.

Yes, I tried to buy it back but I found this to be impossible.  Some company had taken over the domain – not to use it but to extort money from me.  It is no more than a parked domain and they want a vast amount of money for me to buy it back.  I am not open for extortion, especially not something that I feel belongs to me.

I realise I lost it as I had not paid my annual domain fee but this domain has NO value to anyone except me.

There have been a quite a few posts in between may last post here and this one and quite a few developments in my life.  I will try to catch up on my news in my next few posts.

So I will be trying to build up followers on this site now and hopefully all my old blogger friends will re-acquaint themselves with this domain.